An in depth comparison of the development frameworks behind Apple’s Maps and Google’s finds pros and cons in both, but highlights Apple’s as more mature, less limited and recommended for most third party app developers.

AppleInsider has an interesting article on the difference between both map services. Developers seem to prefer Apple’s SDK which does not come to me as a big surprise. Google has some catching up to do here, but decided animated GIF’s of kittens are more important for now. 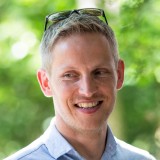